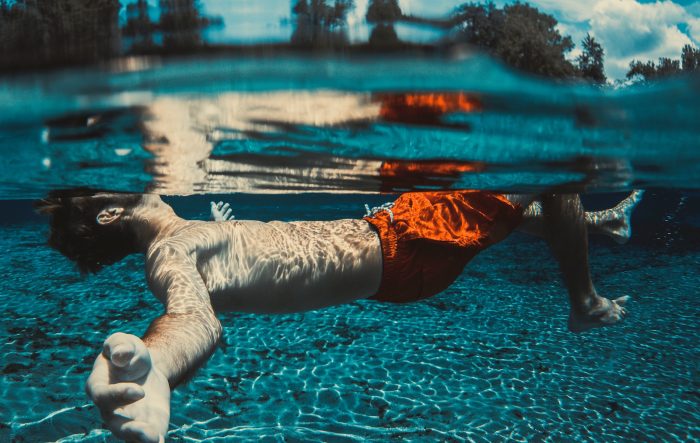 As I sat in the boardroom, I could sense it.

I am not sure if others could, but I could see what was happening. All the little signs were there. Who they were looking at. How each statement was framed. The body language.

The power game was on and it was about to get interesting.

It turns out the individual in question was Daniel (not his real name) and Daniel had a particular way of handling himself that didn’t earn him many friends. Although not a very large man, Daniel was a bully. Someone who used the force of personality and unspoken threats got what he wanted, regardless of cost.

As I sat in our meeting I observed how usually even tempered people become on edge, how the tension in the air lifted. This way of working with people is toxic.

We didn’t see or hear much from Daniel after that, but it didn’t matter. His impact was felt in our interactions with his staff.

Very soon, I had staff wanting to be taken off the account due to how they were being treated.

Power games, control, domination were all themes of those conversations.

It seemed Daniel’s modus operandi was not contained within his own organisation, it was now seeking to spread into ours.

Yes, Daniel got what he wanted more often than not, but at what cost? Did he see it? Did he not weigh and measure the toll of this approach emotionally & relationally? Did he know there is another way?

Over the years I have dealt with other clients like Daniel.

The same issue has fascinated me over and over again.

Do you need to be a jerk to get ahead?

Being on the other side of the table from people that persist in this unagreeable, hostile approach my answer is no, absolutely not!

But still it seems there is a perception you need to be combative and aggressive to win.

The myth says you need to be a hard-nosed operator to get ahead. The myth says that nice guys finish last. The myth says being a jerk is the way to get respect and protect yourself against being ripped off.

I call them myths because that is what I believe they are; fallacies that we’ve come to to believe because a) we’ve seen them acted out or b) they sound like they could be true.

But they are not.

Here are five (5) reasons why conducting business and dealing with people in a civil manner gets you further in life.

I believe in the law of reciprocity. Some people don’t buy into universal laws that govern the universe, but neither do they try to defy gravity.

One of those laws that I’ve seen proven time and time again is the law of reciprocity.

Treat others how you want to be treated.

However you want to frame it, I believe this to be a true principle at work in life. How you make use of it is up to you. Whether you subscribe to it or not is up to you. But that doesn’t make it any less true.

If you give to others respect, you will reap respect yourself. If you seek to rip others off, treat others lower than you, use people up and toss them aside, then eventually you will experience this in your life too. The choice is yours.

James Altucher said “Nobody is going to buy from someone they hate. The buyer has to like you and want to be your friend… Now I only do business with people I like. The fastest way to lose all your money, mutilate your heart, and then kill yourself is to work with people you don’t like. I will never do that again.”

The best outcomes occur when both parties like each other.

Likeability greases the wheels of any relationship. Yes, we will need to deal with people we don’t like. Yes, people who don’t like you need to deal with you. But won’t it make like easier both for them and you, if you (and they) were likeable rather than unlikeable?

It sounds silly. But is it?

If I am choosing between two vendors and — everything else being equal — I find one of them easy to communicate with, understanding rather than pushy, and generally likeable and the other arrogant, stuck up, hard headed, quick to talk slow to listen and generally unlikeable, which one do you choose?

It’s not even a choice, is it?

Nobel Laureate Daniel Kahneman found in his research that even when presented with a better deal, more people will chose the deal with the person they like and trust over the one they don’t.

This is something something ANYONE can do to create more success in their life, to achieve more and go further with virtually no extra skill or training and yet how many people completely ignore it? Don’t be one of them.

EQ or emotional intelligence is a much more effective predictor of success than IQ.

EQ covers attributes like empathy, social skills, self awareness, the ability to self-regulate your emotions. 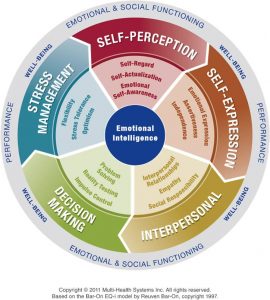 People strong in these areas are better placed assess a given situation and relational dynamic, work with people and the best out of them, reason from a place unimpeded by raw emotion, and make better decisions overall.

Wouldn’t you want to be that person? I know I would!

There are a number of studies that show people with high EQ are more likely to succeed.

As Egon Zehnder put it “People are hired for IQ and experience and fired for failing to manage themselves and others well (EQ)”.

That vendor you used looked good on paper. He knew the work well. But he was a jerk. So you fired him.

Life is not a zero sum game. There is no scoreboard, no first place, no premiership cup.

It doesn’t work like that. But it’s easy to fall into that trap, especially if you are competitive and driven by nature.

We all want to win. But for me to win, I don’t need you to lose.

As a fan of the NBA I was recently listening to a podcast that discussed the various methodologies team GMs took to trading around the league. They discussed how many teams would not deal one or two teams for fear of being screwed over in any deal they did. The reason was these GMs had a reputation for being fierce zero sum negotiators who always won the trade.

If every interaction is about one party winning and the other losing then you will eventually run out of other parties willing to work with you.

Word gets around that a win-lose proposition is how you work and that will scare off potential clients, prospects, relationships. Why? Because the prospect of being screwed over by your doesn’t appeal to them. Or the other party takes it as a challenge or a warning that you operate this way and so gets in ahead of you, putting them in the winning seat and you in losing seat.

On the other hand, approaching life with a win-win mentality ensures you don’t have your vision obscured by your own wants alone.

A win-win mindset finds the best way forward so you achieve your outcome but without a whole pile of collateral damage behind you.

There is no cost to be being nice, so why not be?

Now let’s clear about what that means.

It just means doing it with a smile, a pleasant demeanour, an even temper. It can be hard but it won’t cost you any more than being a jerk.

On the contrary. It will win you more friends, more business and more long term win-win relationships in life.

Did you enjoy this? Would you like to read more articles like this from me and (more importantly) some of the best writing I come across online?

Why not give it a crack!